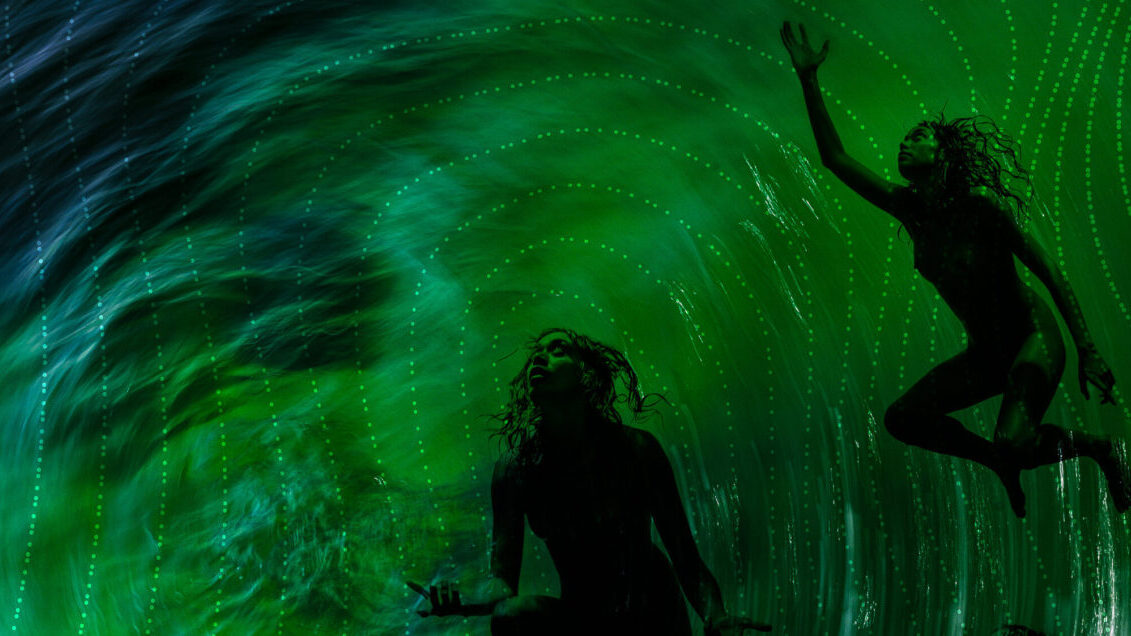 What is being NATIVE and how does a NATIVE person see the world?

The landscape talks to us through colours and texture far beyond what the untrained eye can see – through the shift in colours in the sky and water, the contrast from land to sea and the emotional connection to country.

Being NATIVE in the past was a negative experience, with a system that was designed to constantly hold down NATIVE people and take away or not recognise our rights and values. Being NATIVE was viewed as being literally part of the landscape, like livestock that was owned and abused.

Being NATIVE today reflects on the survival and resistance of not only the first peoples of this land but also the longest living culture on the planet. Culture is in a revival stage and the values of looking after country have become mainstream. NATIVE people are at the forefront of protecting land and sea and the native animals that share this land.

The systemic injustice of Australia’s past policies and views of being NATIVE has been hidden for generations, but the use of modern storytelling has started to illuminate this history for a wider audience. Hopefully this series, as an abstract slice of what NATIVE means as a word, connection and view point, can shift the audience from ignorance to empathy to make change for the future.

What has been the inspiration for your current series, NATIVE?

This series has been locked in my head for a few years. Through my recent exhibitions I have integrated more political messages in my work, while continuing to develop my visual signature. In this series I wanted to illuminate the dark history of Australia and explore the idea of being ‘native’ in an abstract and conceptual way. Past views and policies stripped native people of their culture and humanity – treated as property to be owned by white landowners, with their fates controlled by state Aboriginal ‘protectors’. Although there was no explicit legislation categorising Aboriginal people as flora and fauna, governments at the time treated us as if we were. In a more positive light, elements of this series expose the relationship that native people have to each other as well as our deep connection to country. In this series it was important to me to show not only the negative effects of being native but also the rebirth of our identity as native people.

How do you come up with your titles?

I predetermine most titles at the conceptualisation of a series. Working with a theme and then sketching my ideas down on paper helps me visualise the story and image. I then work on a short title that lays the seed for the viewer to break down the image and make their own connection with the work.

I’ve had a taste for photography since I was a child. My father always had a camera handy for family photos. We did a lot of travelling and camping along the west coast of Australia and we often captured these moments on camera. Fast forward to my teen years and I could only afford a point-and-shoot camera. I captured my adventures in Perth while studying at university, meeting new friends and just snapping away recording the mundane aspects of teenage life – I guess it was the Instagram of the 90s. After a career in media and television, I rediscovered my love for photography and felt the need to create and share my own stories.

What is your creative process? How do you plan your compositions?

Firstly, I look inwards to my own personal experiences and those of my family and friends, while also then reading from historic records (which usually tell a very one-sided view, but it helps to reaffirm the works). I usually have a note pad with me that I sketch in with concepts and ideas as they come into my head. Usually it’s in a café while I’m having a coffee, which has been a good life change for me since moving to Melbourne in mid-2018. Being away from my home town of Broome has forced me to actually work on my concepts and get them down to paper, as shooting opportunities are now limited with me being on the other side of the country. But it has also helped me create and strip back some concepts so they work anywhere I can shoot. Once the concepts have been on paper for a while, I then work on how they connect as a series and start networking and reaching out to countrymen and new people to work on the series. I work with whoever is available, which also helps shape the final look, as I use mostly everyday people and not models, if possible. Once the concept and subjects are sorted, it’s about finding the locations. In Broome I would always shoot on country, which gave my work a certain signature look and feel, and use the natural sunset light as my creative studio. Since being in Melbourne, my locations have shifted to urban spaces. I can be a mobile studio on legs and get around on public transport, which to me is still a novel thing since moving to the city. I use my sketches as a lighting and composition map – figuring out the shot on paper before shooting helps me be efficient and focused. I tend to cull my work on paper before shooting and once everything is shot I sit on my laptop to do a mass cull. I then print out thumbnail prints to do a final selection over a coffee in the café where I first started sketching, as a nice complete circle of creativity. I’ve learnt that my sketches have given me the ability to really sort out in my head what can and will work and strip away the elements that don’t help the overall visual story I’m wanting to tell.

Is there a spontaneity?

I plan everything through my sketches, but of course life doesn’t always go to plan and photography is not immune to this. I have had to shift focus when elements don’t come together – like locations and weather conditions – and being on the ‘wrong’ side of the country for a certain look has been challenging. But the most stressful time is always when people are not available (which can scrap a whole concept) or when a new concept is born when new people want to be involved, which is always a great problem to have. Once I’m shooting, some compositions might work on paper but not through the lens, and also lighting issues will shape the final emotional look of a shot. I’m always flexible and I have a final image in my head but because I’m working with everyday people I have to be open and warm and less cold and technical. Making my subjects feel comfortable is the first challenge to overcome – if the subject feels connected to the image then it always works out.

What do you hope viewers will take away from the exhibition?

This show, like all my others, is about planting the seed of an idea, and allowing the viewer to find their own connection within the composition. The colour and texture in the works draw the viewer’s eye towards different elements of the image, which the viewer is challenged to piece together and understand as a representation of being native. Ultimately, I want people to walk away wanting to learn more about Australia’s dark history and the past and present realities of being native in this country.

What challenges your creativity?

There are many challenges to creating art, and photography presents some unique issues. A major challenge is drawing on my own personal history to illustrate my connection to the themes in my work. Being open about my personal experience is confronting but also a necessity, I believe, in this stage of my art. Alongside the challenges there are rewarding moments, like when I can figure out a concept in my head and eventually see it as a tactile print in my hands.

What was your favourite work from NATIVE to create?

My favourite work is probably Native Woman, which is one of the images in the native flower set. The head swap is an old trick that’s been done countless times before but I wanted to put my own spin on it and connect the native flowers to the view of what being a native person means. I wanted to explore the connection to country and culture but also touch on the past and present political views of this country’s first nations people, including the fact that we were once treated like flora and fauna. In addition to the native flower set, in this series I have continued my embellishment of prints by hand drawing paint designs onto select works. Working on the paper in this way provides an additional layer of story-telling. In my past series Scar and Scar II I have actually cut into the print to reveal the white paper beneath the image.